To pivot, or to dramatically change your business strategy takes nerves of steel for the leaders.  The term pivot comes up often in the Dynasty Catapult strategic planning sessions I facilitate for my clients.  Especially when the business owner has found their business slumping and key customers running to the competition.  After years of CEO coaching, I have gathered a number of great examples of success, some cautionary tales of failure and some key common threads that run through them all.  These make up my rules of a successful pivot and they are outlined here.

Look at every other major successful business that has endured for decades or longer.  Whether it is Apple or Facebook or AT&T. They have all made at least one and sometimes several pivots.  Call it a leap of faith or a calculated guess, but they left a cash cow while it was still making good money.  They did not wait for the ship to start sinking.  Whether it was a visionary founder or a cohesive leadership team, they made a bold decision and peered around the corner while their competition stared straight ahead.  Not something decades into the future, but something that would be relevant within the next 2 to 3 years.  This generally takes the masses by surprise but in retrospect it’s someone that is taking advantage of a rising trend or emerging technology.

Netflix – A recent example of a successful pivot

Netflix has managed to pivot and fundamentally change its distribution model twice in recent memory.  Those changes have made it one of the most valuable companies in the world.  A recent CNBC article reported that a $1,000 investment in Netflix in 2007 would be worth more $108,000 by 2018.  An amazing leap for any company.  And don’t we all wish we were that smart when everyone was trying to get rich flipping houses in 2007.

Let’s take a closer look at what those business model changes were:

First, Netflix started with a DVD subscription model.  You could order movies and shows online and keep them as long as you wanted.  Avoiding the hated Late Fees alone won it a ton of fans over Blockbuster, the dominate movie rental business at the time that anchored its future to a bricks and mortar strategy.  (Blockbuster even had a chance to buy Netflix early on. Read more about that below.)

Second, Netflix made their first pivot by moving aggressively into online video streaming of their vast catalog of movies and show.  They had even initially announced in 2011 that they would split the DVD and streaming businesses in two.  Qwikster would be formed to handle the DVD by mail business and Netflix would drive their new streaming service.  While the streaming was a hit, splitting the companies was not.  The new format meant that customers would now have to check two different sites to see if their favorite movie was available to rent. CEO and founder Reed Hastings, got caught up in a firestorm of backlash from subscribers and investors alike and quickly retreated by keeping both services under the Netflix brand.

Third, The Netflix team realized they wanted to stop paying Hollywood for every movie that came along and they started to produce their own content.  Original shows that will only air on Netflix.  And why not?  Now instead of paying the studios for “Home Alone 3”, they could produce their own shows like “Orange is the new Black” and “House of Cards”.   Thus controlling their inventory, giving their subscribers what they want and cut out the middleman.

A pivot could be a way to recover from a bad gamble or business blunder like Coca Cola’s introduction of New Coke in 1985.  It was hastily brought out as a counter punch to Pepsi’s surging sales.  New Coke not only failed to capture the Pepsi audience, but met with a huge backlash from their loyal Coca Cola drinkers. The short-lived brand launched on April 23rd, and was replaced with the resurrection of Original Coke on August 11.  That’s two pivots in less than six months for one of the most iconic brands in American history.

Overlooking a pivot because it could kill your cash cow

Sometimes a pivot would get in the way of the good thing you already have going. Blockbuster could have bought Netflix in the early 2000’s for $50 million, but when Reed Hastings flew down to Blockbuster headquarters in Dallas and proposed a merger where Netflix could manage an online brand and Blockbuster could manage the brick and mortar brand, he was summarily kicked out of the boardroom by Blockbuster CEO John Antioco.  A mistake that proved costly as Blockbuster filed for bankruptcy in 2011.

Yahoo could have snapped up Google by licensing their new innovative search technology for $1million in 1998 and would have been the deal of the decade.  But instead, Yahoo co-founder David Filo even pushed the duo of Larry Page and Sergey Brin to strike out on their own.  He even connected them with Michael Moritz of Sequoia Capital who became an early backer and help launch them on a rocket ride that still continues today.

7 Rules for a successful pivot (H2)

In Andy Kessler’s book, Eat People he had a wonderfully insightful line: “create tools from what is abundant to make up for what is scarce”.   A friend of mine, Jeff Hawkes, took that to heart.  Jeff owned a bar near the UW Whitewater campus called Fat Jacks.  Since the most scarce resource in a bar is cash, he took advantage of the thousands of students ready to work and paid them in bar tabs (about 10 cents on the dollar,) to go out and perform guerrilla marketing poster raids and sidewalk chalk specials in front of the school library. Another example is Xometry.  Xometry is a company that is built on the same framework as Uber and Airbnb.  Xometry founder Randy Altschuler is taking excess capacity in the CNC, 3D printing and other capital intensive industries and repackaging it through an innovative online system.  Everybody wins.  Small manufacturers get business to keep their expensive machines running and customers get quicker service at a better price.

2. Big change comes from the edges

The industry leader is not the one to watch for a pivot.  They have the most people with the most money at risk.  You will find large companies are typically playing “not to lose”, because change represents a threat.  Borders bookstores had over 300 stores.  But it refused to accept that the internet was for real.  It even outsourced its online sales to competitor Amazon from 2001-2008.  By the time they took it back, it was already too late and they declared bankruptcy in 2011.

Instagram may be the most popular app on the iPhone.  At least if you go by how my kids spend their time.  But its start was much more cluttered.  It started as a gaming app called Burbn that also had a photo element included.  It wasn’t getting much play.  Then co-founders Kevin Systrom and Mike Krieger stripped everything out, except the one useful element –  the pictures. “We decided that if we were going to build a company, we wanted to focus on being really good at one thing. We saw mobile photos as an awesome opportunity to try out some new ideas.”  Systrom and Krieger focused on the core element of their business and things took off from there.

A pivot is never a small change.  It’s not adding a stylus or removing buttons. Those are feature changes.  You need to be willing to take a hit in the near term on the products and services that keep the doors open.  Steve Jobs told Walter Isaacson “If you don’t cannibalize yourself, someone else will.”  That’s why he was willing to make the iPhone, even though it might have cannibalized the iPod.  And an iPad was still brought to market even though it might have cannibalized their MacBook sales.  They live to disrupt the world of any industry that has got fat, happy and complacent.  TV networks, you may be next.

Put it in the hands of the intended audience and get some real life feedback.  Apple’s Newton was an early PDA device .  It was also put on the market before its key feature, handwriting recognition, was fully tested and ready.  It was one of Apple’s biggest flops.  Some speculate that because it was the pet project of John Scully.  The man responsible for forcing Steve Jobs out of the company.  It would have been very much in character for Jobs to make sure the project burned to the ground.

YouTube originally started out as a video dating website.  With their unofficial slogan “Tune in, Hook up” they charged $100 a month for prospective suitors to view videos for a possible date.  No one used it.  But when they opened it up for a wider array of uses beyond dating (mostly out of desperation,) their users started posting everything from video’s of their cats to “epic fail” clips and sharing them with all their friends.  The site took off and Google bought them for a cool $1.65 billion. 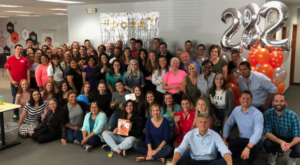 7. Keep your best customers in mind

Merchology is a relatively new company in a very old industry.  They customize clothing with corporate logos for their customers.  The industry was built on traveling salesmen who dropped off catalogs.  CEO Richard Ward pivoted when he couldn’t get his former company partners to see the future in online marketing, so he sold his shares and opened Merchology.  Now entering its fifth year in business, they are a runaway success with their customers and one of Inc. Magazine’s 500 fastest growing companies.  Even Starbucks had to pivot.  The behemoth chain that now haunts every city corner, used to only sell beans and espresso makers.  While on a trip through Europe, Schultz noticed that certain coffee houses kept a very special clientele that was willing to pay a much higher price for a fancier cup of coffee. Had Howard Schultz not fallen in love with the Seattle coffee and combined it with his captivation of Milan, Italy’s espresso bars, we might all still be roaming the streets in search of caffeine and WiFi.

The pivot is not a new concept.  Visionary leaders have been doing it in America Since our country was formed:

Rockefeller’s Standard Oil built its original fortunes refining petroleum to produce kerosene for lamps. When electricity came on the scene and started cutting into his monopoly, Rockefeller started looking for a new market for his sizable infrastructure. And he found it in automobiles, also just starting to come of age. This was a different kind of pivot. He took the product he knew best and found a new market.

Starting with a $100 loan from his parents, Vanderbilt took all that he had learned about boats and amassed the biggest fleet of steamships in the country. Then at the peak of his dominance in steamships, Vanderbilt pivoted and started investing in railroads. It helped that he took this leap of faith just before the Civil War. He transported troops all over the country and went on to become the richest man in America for his time.

Wrigley started as a soap company that gave away chewing gum with its product. When the requests for the gum became greater than the requests for his soap, Wrigley pivoted to meet his customers demands and delights.  The Wrigley Chewing Gum company was born.

At Dynasty Leadership, the entire focus is helping visionary leaders map out their strategy and take the bold steps necessary to grow their business.  If you are one of those leaders, I would welcome a conversation with you to hear your story.  Call me at 612-845-2076.